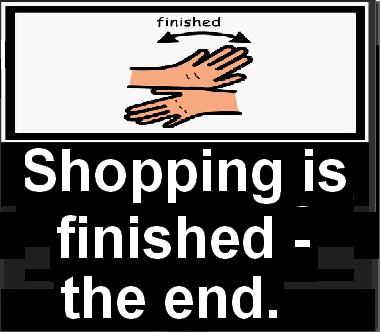 Gain Literacy In Many Languages. Read Karaoke-Style Captions and Subtitles On Videos For Language Learning. Read And Learn By Your Self. No Teachers And No Cost, Public Domain/Creative Commons License

Hello,
The following shows how to make a "Karaoke-Style Captioning-Subtitles video".

First I use AVI2WAV to save the audio from the video. I then use Audacity audio editor to know what is said in video one sentence at a time. I separate the sentence from the rest of the video's audio in Audacity and save the audio. I bring the audio just saved into Audacity, clean it up a bit and slow it down 30 using the effect Tempo and save it with a different file name. Having heard the sentence enough that I remember it well enough to type the sentence using Wordpad. Wordpad is in richtext format. It is important to keep it in richtext. Next I highlight the text which will be the sentence that becomes the captioning-subtitle. I make the font larger and use the bold font I copy the sentence by using edit/copy. In microsoft Paint I load a picture from the video, which I had captured, and paste the sentence onto the picture. With some editing I make the sentence fit in well with the picture. I save the picture which now has the captioning-subtitle in it. In Paint then I put a rectangle around the first word in the sentence, reverse the color and save the picture with whatever name and two zeros after the file.name. I put a rectangle around the second word, save this picture as I did the in the previous picture except instead of 00 it is saved as 01, and so on. I use Audacity audio editor to save individual sentence audio clips. I load the pictures saved in Paint to Microsoft Movie Maker. The sound needs to be synchronized with each individual word highlighted. Individual frames at the timeline need to be wide enough to click on them to change the width of the frames according to how long it takes for a word to be said. There may be pauses or slowness when a person says a sentence so these frames are made wider to slow down the movement of individual word-frames so the sentence a person says is in rhythm/synchronization. Longer words require wider frames. Certain words like at, in, it, or, etc. require the frames for these words to be narrowed to speed up the rhythm because they are said faster.
Movie Maker is the only application that I know which does this. I happened upon this function by accident about six months ago. I was lucky to come across this function. I don't read much how to do something, Instead I tinker around because I like using different multimedia applications and I don't like paying for any of them if it is at all possible. I have bought many but only when I couldn't find what I want from freeware.
The process of making the videos for a Mac can be done if there is a word processor which has the equivalent of writing a sentence like in Wordpad's rich-text-format, and then highlighted and copied. A paint application must also allow highlighted and copied sentences to be pasted into a picture previously loaded into the paint application. Unfortunately, not all word processors nor all paint programs allow these things to occur. You can download a Mac version of Audacity at Sourceforge.net.
For conversion of Quicktime .mov files obtain "Free MOV 2 Avi".
That is probably more than you wanted to know about the process. Thanks for your patience and attention.
If you have any questions please email me. philip5147@aol.com
Phil Wagner

You need to be a member of EFL Classroom to add comments!

SupporterSaidani miloudi said…
Hello Philip,
I am very grateful to have you as my first friend abroad.Would you pay a short visit to my newly created social network:
http://techerscoordination.ning.com
Thanks for your comments and valuable ideas.
saidani miloudi from Morocco.

SupporterJudite Lucas said…
Hello, Philip
Hi, David.
Thanks for your warming welcome. I am glad you liked my blog, but unfortunately it is kind of Sleeping Beauty at the moment, waiting to be charmingly awaken. I would love to find the time to write more about it, and would like to write about "karaoke-videos" or "Karaoke-speak", as well as about many other interesting things, but there is so much to do I have bee unable to do any better. At present, and as far as English is concerned, I am just teaching a classs of adult learners (45 minutes a week) - from absolute beginners to elementary level when it comes to skills, but actually placed in an intermediate level in administrative terms. All the other classes are project-related or ICT-related. It might take me some time to get actively involved in this community, but it is something I am anxiously looking for.
Best regards,

SupporterINES said…
Thanks for your friend offer (I really appreciate) I hope to learn a lot and have a nice time all together.

SupporterSunshine96 said…
Hi Phillip, thanks for the friend offer, Happy New Year, one of my resolutions of this new year is to improve my english skills. I would like to became an english teacher and maybe go to US to an intensive english course. Thanks for the resources you have and Keep going!!!. If I made mistakes, please forgive me. Regards

Thank you for reminding me of this family.
These days, I am preparing for the teacher's exam to work at public school.

Mr.Happiness and Ms. Health
will knock the door.
Don't tream them badly.

Thanks for telling me, much appreciated. I'm like you when it comes to these things too - tinkering before I probably should...

It seems a long process but your product/result is good. You'll have to try our Karaoke - look at the links on the Karaoke page and download the karafun player and editor. Not so difficult and actually quite easy to sync the sound and words of any file. However you can't use it for a video - but sometimes I prefer it with just static pictures behind - the students concentrate more on the content/words than all the movement of the video. For video I use WMM, clumsy but works.

But take a look at all our karaoke examples and I'd like to know what you think...Cheers,

SupporterIan Carmichael said…
Hi Phillip, thanks for the friend offer - however it seems to have vanished between email notification and my visit!

Thank you not only for your friendship, but for the link to Voicethreads for Educators- I just joined up! Have you seen my English for Friendship & Fun vts? (Hint: I love feedback, positive or "constructive" :D )

Have fun on EFL, and feel free to "chat me up" anytime!
Ellen

Welcome to EFL Classroom! Thanks for signing up.

I"m finally getting around to these personal messages. You'll have to tell me how you are making those subtitles! Neat and clear. Valuable for language learning. And I agree after reading your blog - kids can handle and need higher level vocab. earlier...

Please see our Welcome Page for lots of useful information about the community.